Restoring Reason After the Mueller Anti-Climax 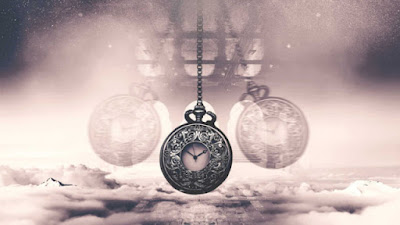 What interesting times we live in. The anti-climax of the Mueller investigation continues to play out as we await the arrival of the redacted report. I am amazed at how quickly the house of cards that awaited the smoke to emerge from the political canon pointed at President Trump is evaporating.

The consequences of the betrayal of the left by the establishment left and their media allies are just beginning. The disenfranchised army of orphaned Democrats is just beginning to react. By summer, we shall see where this anger leads. I don’t think it will be pointed at the White House.

To be sure, there are vestiges of the evil Empire that continue to struggle to survive, ever more feebly. In Congress, the Schiff and Nadler committees pretend to carry on even as the evidence grows that there is nothing to carry-on about. The leaks coming from Congress are ever more obvious these days. They are now concentrated coming from the politicians. Comically so if one judges efficacy by looking at the memes on social media. I mean, since when is topping how you put your foot in your mouth yesterday the next day a good thing? Establishment or New Progressive? Racing to the bottom isn’t serving the Nation.

Previously, just as many leaks were coming from agency sources, three letter ones in particular. I get the distinct impression that these are now being reined in.

The consequences to one’s government service career for being an Alinsky radical inside the castle keep are becoming too great. That’s good. Bureaucrats are supposed to serve their mission and stay in their lanes while on the clock.

The news media too behaves more and more. The landscape of the mainstream media is changing before our eyes as audiences abandon the programming that misled them. It’s like being gut punched by someone who pretended to be your best friend.

The profitability Trump headlining the news cycle as a way the beguile the confirmation biases of target audience segments is fading. The raw truth audiences were fed stories not because they were true, but because that’s what kept people watching is coming out loud and clear. I always said that CNN needed President Trump more than he needed CNN. That’s certain proving the be the case as ratings adjust to reality. I have confidence that the economics of being a for-profit business are about take brutal effect; in some cases, they already have.

The country is clearly ready to move on. I think the Democrats risk losing everything if they don’t move along with the country. They may not be able to because they now have too many factions inside their tents to have any hope of cohesion in messaging the American people. As the old saying goes “divided we fall” may have to be the fate of that party until it learns to purge its fringe, find its center again, and be interesting enough to bring the walk away orphaned people they chose to abandon back in, if ever.

A Midterm Pendulum Swinging to Trump?

The country’s “moving on” manifesting as a Trump backlash against the Establishment is clearly emerging.

Attorney General William Barr is beginning to examine the other side of the conspiracy coin. He should! The people who cried wolf that there was collusion in the Trump camp always worried me as the kind of people who were reflecting actions of their own in the mirror as they antagonized their foes. That always struck me as a little bit weird with me. In my experience, when someone accuses others that angrily they are usually describing things that they have done; that they are covering up their own actions.

I think it is right to ask to what degree the establishment of Washington DC including elected officials and bureaucratic officials particularly in the Cabinet agencies were party to, duped by, or derelict in these matters. I believe it is important for the national interest of the United States to ferret these people and the institutional behaviors they perpetrated out into the open so a proper vetting of our government apparatus can take place. We could use a good spring cleaning of our own house.

I am particularly pleased that Julian Assange is finally going to have his day in court. Removing the shroud of mystery so that what he knew becomes something everyone knows will be, despite the price he will have to pay as an individual, a cathartic revelation for the people of America. I’ll be keen to see how much they try to suppress and hide what he has to say under veils of secrecy, redaction and gag orders. Personally, let all the poisons that lie in the mud hatch out sounds good to me.

I am pleased to observe that the beltway swamp is not the only place this phenomenon of reason is emerging in the United States. It’s too easy to become obsessed with one aspect of the American story to the detriment of seeing other things that appearing to remind us that we are a great country capable of tackling many things. Here are a couple that attracted my attention thanks more to social media than the mainstream media.

The malarkey of the so-called “Green New Deal” was poignantly challenged by an article by National Public Radio discussing evidence that the banning of plastic grocery bags is actually more harmful for the environment because it causes people to buy thicker plastic garbage bags to you use to pick up their dog poop and take out their cat litter.

Bear in mind that NPR had been one of the biggest proponents of pushing the concept of using reusable grocery bags for many years. Their article confessed the truth that one would have to use such a bag thousands of times beyond its useful life of one of these bags in order to negate the carbon footprint offset of manufacturing one such bag vs. plastic grocery bags. Finally, apparently the damage to forests from using paper bags is far higher than the environmental damage from manufacturing plastic ones.

It’s not unlike the carbon cost of making an electric car vs. nursing your old clunker along a few more years. Kind of makes you wonder about why that “cash for clunkers” thing from several years ago doesn’t it?

Can you imagine such a story in the era of Establishment Entitlement America? Or Global Economic Elitism? I think it is good people are beginning to question blindly following the environmental fad of the moment without considering the potential negative consequences of those initiatives.

I think asking tougher questions of environmental activists is a much better way to protect the environment than trying every half-baked idea that comes along and fixing the mess later. And yes, I would like a straw with that please.

I mean if you ever bothered to read the details of Paris Climate Accord that the United States rejected you would have seen that it was a formula that was doomed to failure. The approach relied on eliminating mobility, limiting food sources, and ultimately, reducing population. The Paris 2050 mid-century plan was either dangerously naïve or diabolically genocidal.

The US Progressive activist plan is a basket case compared to the Paris one. We can do better. We should do better.

Then there’s that pesky Second Amendment

As New Zealand decided that its citizens cannot not be trusted with firearms, in America US District Judge Roger Benitez declared California’s 20-year old ban on firearms magazines holding more than 10 rounds unconstitutional. Downplayed in the mainstream media even as it exploded on social media, for a week between the judge’s decision striking down two California’s laws and a Voter Referendum and the same issuing a stay to a desperate State of California to attempt to mount an appeal, ordinary gun owning Americans in the state of California bought nearly the entire inventory available for sale throughout the United States taking advantage of a one week window to acquire them legally. People called freedom week in California. It’s over and the process is back in the hands of the Courts to grind on slowly; but it was a breath of fresh air for red blooded Americans in a very blue state.

Judge Benitez wrote a scathing defense of the Second Amendment of the US Bill of Rights attacking nearly every gun control argument ever posed on the issue in his decision beginning with three cases of women defending themselves, two of whom ran out of ammunition while under attack. It’s an interesting case that, should California pursue an appeal, could overturn similar laws in nine other states; the other forty-one states in the Union have no such restrictions. It brings a gun control debate that has long relied on skirting around the constitutionality issue out in the open. Tactically, this is not exactly what the people who dream of a USA that looks like New Zealand were daydreaming about the week before Havana born Benitez issued his ruling.

The phenomenon speaks volumes about just how powerful the US Constitution and Bill of Rights continue to be in this country. It appeared literally as a bolt out of the blue, a reminder that the Founder’s vision is still alive.

It is something that every American who believes that this country should be great again should take note of. It remains vital that all of us, we ordinary Americans, support and defend the Constitution of the United States of America against all enemies foreign and domestic, so help us God. It is a ruler that gives us all fair and equal measure. That is what it takes to make our nation a healthier place where debate is rational, and pluralism is tolerant … for all.
Posted by Dennis Santiago at 7:48 AM