A New Detente: Why Donald Trump and Vladimir Putin Need to Work Together to Stabilize Syria 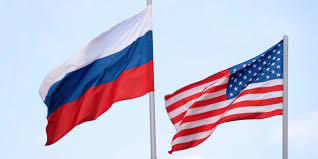 Planet Earth certainly has its share of global stability problems. One nexus of that problem is in the country of Syria.  Perspective on why this is so is often lost.  The truth of the matter is that the internal issue of Syria itself is inconsequential.  I know that’s a cruel thing to say but it just is when one looks at root cause of the problem.  Syria became a pawn in an oil war between Saudi Arabia and Iran. More specifically, Syria is the geographic point where two competing natural gas pipeline projects, one from the oil fields of the Saudi Arabia and the other Gulf States and one from the oil fields of Iran, must pass to get to the lucrative markets of Western Europe.

It won’t take anyone too much Googling to find out more but here’s the short version.  There are tremendous natural gas fields in the Middle East.  The Iranian pipeline’s plan routes from Iran through Iraq, Syria, and Lebanon before plunging across the Mediterranean to Cyprus before entering the natural gas distribution network through southern Europe.  The Saudi pipeline’s plans route from their gas fields through Saudi Arabia, Jordan, Syria, and Turkey before joining the other gas distribution network further north funneling into the European Union.  Whoever controls the natural gas supply into the EU, clearly will have massive leverage over the global economy for perhaps the next 50 years.   It’s the kind of leverage that can change the very cultural face of the planet replacing one definition of cultural civilization with another. It’s also financially lucrative beyond measure.   Bluntly, riches worth killing for.

What is the actual strategic interest of the Free World?

Here’s my short summary of how I look at Syria in context,

1. Harmonizing cultures.  It is in the interest of the Free World to neutralize the harmful animus between irrational warring parties whenever possible.  This is a critical focus if we are to extend periods of humanity that are peaceful and not wars or dark ages.

2. Regional stability. It is not in the interest of the Free World to allow two factions of a religion who have been quarreling with each other since the end of the Roman Empire to continue to use the northern Fertile Crescent as a proxy battlefield seeking to achieve disruptive influence over the remainder of the planet for either philosophical or economic means.

3. Global economic concerns.  It is further in the interest of the Free World to create conditions for global energy markets that are based on equal access by all suppliers into a fair and equitable supply and demand system.  The world is a more stable place when everyone shares in the interest to enforce equity.

There is a great opportunity to be had in Syria.  Since the breakdown of OPEC, the regional factions of the Middle East have been fighting a cruel proxy war seeking to prevent or delay the construction of each other’s pipelines. Their objectives are straightforward.  Eventually get their pipeline built and make sure that the other side never builds theirs.   The riches at stake are so high that these factions have been able to drag in superpowers as supporting actors to their myopic agendas.  The bottom line to all this is that it’s bullshit.  There’s no reason why this circus should be allowed to continue.  While this may be in the regional power’s interest, this status quo condition is not in the interest of the Free World.

While the world hesitates to commit to it, the correct answer for Syria is that a consortium of powers from the remainder of the Free World need to impose peace in Syria as a safe zone protectorate.  They must then inform the two factions of Middle East power that they must both build their pipelines through that safe zone.  It must be made clear that the flow of their natural gas will be contingent on their evolution from being 1,200 year old bickering cousins to finding a constructive basis for peaceful coexistence.  The global consortium must be willing to demand that the regional factions must show steady progress to bury the zealotry of their religious animus and, if unwilling, impose changes to see to it over at least a century of imposed change.  Let’s be realistic, any other solution will result in a return to chaos. Now, pretty much everyone who’s analyzed this part of the world already understands this.  It’s not really that hard to figure it out.  It’s pretty apparent that the tactical task at hand is to disrupt the perpetuation of the status quo; to change the path to something better.

Sometimes you must face some hard facts.  The United Nations has become nearly useless as a pathway to peace in the Middle East.  It’s become Byzantium; a citadel for rear guard actions designed to perpetuate the hope that each faction might still succeed in achieving its self-interest outcome.   At the UN, the coalition of the unwilling is a force equal to that of the coalition of the wiling.  I do not like force on force conflicts based on positional parity.  It’s trench warfare that can only be fought to a stalemate.  It’s a solution that mostly guarantees that the carnage of the status quo goes on.  The bottom line is, barring some fundamental change to the UN design, it’s a dead end.  It’s vetoes as far as the eye can see.

This brings the interaction the national interests of superpowers option back to forefront of the world stability equation.  In Syria, that means the United States and Russia.  There’s tremendous opportunity here.  Both countries have been seeking parallel solutions to stabilizing the Middle East. I’m of a mind to argue that this parallelism is, at this point, artificial and unnecessary.

The artificial constraint I referred to is the fact that the US and Russia are caught in the web of the regional factions of the Middle East.  The US experience, going back the downfall of the Shah of Iran, has pushed it into the Saudi sphere of influence.  The Russian experience, ironically driven by the same Saudi tactic of collapsing the price of oil aimed at Iran that took out the Shah, has driven them into the Iranian sphere of interest.

Looking back, it should have been clear that the second coming of oil price collapse tactic failed with Iran because years of economic sanctions by the US against Iran had pretty much made them impervious to such an attack.  Such a thing only works if the opponent is vulnerable because they've lavishly overspent. The Shah had, the Ayatollah hadn't.  But the unintended consequence of derailing Vladimir Putin’s plans for the economic recovery of Russia, clearly a bad idea.  Honestly, it was kind of clumsy.

There is no good reason the US or Russia need to accept either’s current entrapment. There’s no reason Syria and or even Iraq should be doomed to remain the Kosovo of the Middle East. It’s possible to do better. But to do that, the overarching players need to work together to change the underlying hill and valley power matrix of the Middle East; that’s a technical term by the way.

The overarching case for a new détente manifests because the national interests of both the US and Russia overlap and intertwine closely.   This is as close to a textbook case as another time when mutual assured destruction as means to prevent World War III made the two countries quarrelsome, but intimate, partners in furthering global stability.  This is a practical matter that should be clear to both Donald Trump and Vladimir Putin.  Syria is an ideal place to establish a set of stable zone impositions.  The country is in tatters. There’s a need to purge Syria of a laundry list of destructive external regional interests. There’s an international interest to make the region a safe space to leverage the next investment in global energy infrastructure.

It'll take some resolve. You don't have to peel back the spin on the news very much to see that there are interests at work who do not want to see this grand coalition of the North come to pass.


The question really boils down to can these two men lead their respective countries to do the right thing together?
Posted by Dennis Santiago at 2:34 PM No comments: