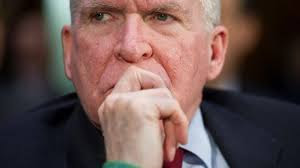 The feud between former Director of the Central Intelligence Agency (DCIA) John Brennan and President Donald Trump points out an important clarification that needs to happen with respect to former officials engaging in active public debate to current administration policies and strategies.

There is nothing inherently wrong with Mr. Brennan disagreeing with the President. He is an experienced and insightful man with a long history serving his country. He has his own opinions as an independent pundit that he is very much entitled to. Where he has gotten himself into trouble is the use of his security clearance as a professional bona fide to imply he is a person of authority in current public policy debate. Personally, I doubt Mr. Brennan himself would imply this; but, he is in the employ of media organizations, the so-called 4th estate, that can and do imply to the public that his words carry such weight. They do not. Official weight comes only from the present officials in power holding the offices, doing their duty.

It is wrong for Mr. Brennan to overly project himself into the affairs of the keepers of the current watch no matter how much he believes in his views of the world. He’s not the one in the room looking at the current lay of the land, with both the clearance and the need to know to make today’s decisions. He should defer to the people who hold the active-duty positions in government to affect the national policy of the United States of America.

For instance, Mr. Brennan as DCIA oversaw a period of operations in the Middle East where the US engaged in a campaign of using unreliable operatives that didn’t quite work out as hoped. The campaign was designed by his predecessor DCIA David Petraeus who, fresh from his experience gaming warlord vs. warlord in Afghanistan, had the idea of stabilizing the western portion of the northern Middle East using proxies against unfriendly governments. And so began a CIA led effort that armed unreliable Sunni factions of Saudi sympathizers in Syria that would ultimately give birth to ISIS and create an opening for Iran to attempt to create the so-called “Shia Crescent”. We couldn’t balance our strategy with Shiites because the Imams of that sect are from hated US enemy, Iran; so we turned to the Kurds which, because half of them are in Turkey, eventually strained relations with that ally. It was a brilliant plan designed to fail. I remember hearing Petraeus discuss this at a Reagan National Defense Forum at the Reagan Library in Simi Valley, California once. My net assessment instincts were tingling with alarm bells. The strategy violated basic sphere of influence with respect to the one player the CIA brain trust underestimated, Russia and its commitment to the official government of Syria, the Alawite tribes of Bashar al-Assad. The net projection did not compute. And in the end, the what did compute is what happened, the entire campaign to unseat Assad failed. Mr. Assad is today, mopping up the last of the opposition forces enabled directly and inadvertently by the CIA of 2012 to 2016.

I recant this to make the point that the current “cooks in the room” are dealing with a very different set of global stability circumstances than that of the pre-Trump era. I could have used examples from the situations in NATO, North Korea, the South China Sea and others. Even our relationship on what the best going forward strategy to deal with China, an economic competitive and influence balance problem, and Russia, a boundaries of influence problem with a heavily nuclear armed, 1/10th GDP size of its opponents problem. My point here is not that Mr. Brennan does not have opinions on these matters. My point is that he is NOT IN THE ROOM. Clearance be damned, he does not have the need-to-know to make current US policy and strategy decisions. That he has personal reservations about the team now in the room is immaterial. They are also diligent and experienced people. And I’ll remind all those who have been told this, the greatest ethic of all in national matters. “Beyond this point, there is no left of right, there are only Americans.” My problem with Mr. Brennan is that he seems to have lost faith in our nation and its remarkable ability to persevere. I never lost it when he was in power. I do not know why he fails to do the same now that someone else is.

Then comes the media problem. Mr. Brennan exacerbates the situation by expressing his views in the mainstream media, a medium currently struggling for relevance in the political landscape against its disintermediation by the Internet, a replacement medium that is increasingly being adopted by world leader ship as a primary pathway for expressing international policy bypassing traditional media. As the media struggles believing it self to be part of policymaking when it is in fact merely an observer of the process, it places former officials like John Brennan into a difficult situation. Personally, his advice and counsel are better served with in the traditional private world of consultative discussions between current and former officials that has been how we carry on the long-term corporate memory of the Nation. That Mr. Brennan clashes with the administration outside of these confidential circles is what causes the current problem that President Trump has been placed in a difficult position to deal with.

I would respectfully suggest to President Trump that a rule should be established that a former official who, of his own volition, chooses to leave the cadre of consulted former officials to become a member of an opposition motivated industry should relinquish all connections to the government as part of becoming a member of that media. It is in our national interest that both the administration and Mr. Brennan make it clear that anything he says on the air is formulated from his considered opinion in complete isolation from what is officially happening inside the security and stability policy processes of the government of the United States.

I believe it would be good for both the US government and for Mr. Brennan to formally declare a hard disconnect to make it clear that the debate and disagreement that may or may not continue going forward is based on truly independent and carries no color or implication of authority. Now, I do not believe Mr. Brennan would do this himself. But I believe his employers in the media are doing so as part of their campaign to market the good old days of the Obama administration to their resistance-oriented viewers. Ethically, I don’t think Mr. Brennan should be comfortable being in such an awkward position.

I personally encourage Mr. Brennan to stand on his own soap box alone and proud with his thoughts. I welcome hearing them. However, he should not sanction to imply that his thoughts continue to carry the weight of officialdom well after the end of his tenure in government service. I believe that at some point Mr. Brennan may end his participation in the media. At that time, when he is ready to re-enter the cadre of old guard consultative voices in confidence again; that is when reconsideration of regranting him clearance should occur. In the meantime, his best service to the Nation may be to be the boy blue sounding his horn in the wilderness of the mainstream media.

To President Trump, I would say that I think this is a fair test that all who have at one time served the United States in some capacity of confidence should embrace. We all took an oath. We all made a promise. We all know that that promise is for life. We all know that when our shift ends, we turn it over to the next guy. That’s what makes sense for a great America.

Posted by Dennis Santiago at 4:07 PM