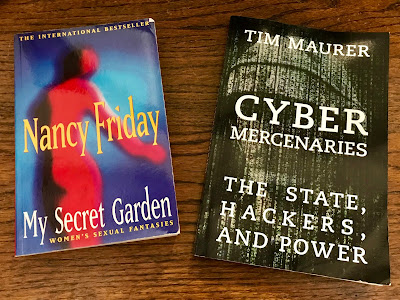 The ability of the Internet to cause storms of social upheaval has reached epic proportions. Since the November 2016 election the Internet has been used by political parties to ferment acrimony in the national debate far beyond anything we ever saw in terms of campaign influence efforts by any party foreign or domestic. The degree of malicious animus that the entire world is seeing us undergo is, quite frankly, embarrassing. We have literally descended to high school clique mean people politics.

The most recent of these being the nomination to the Supreme Court of Brett Kavanaugh where, at the last minute after a seemingly clear path to confirmation had been achieved, an accusation exploded into “court of public opinion” virality. It doesn’t matter to many people whether the accusation is founded. It doesn’t matter that the State of Maryland, where the incident allegedly occurred, has already stated that in the 1980’s the law was that such an infraction by a minor would have been a 2nd degree misdemeanor for which the statute of limitations has long expired; and would have been expunged from the record upon the age of majority.

No. What matters is that the obsession of all parties, of an entire nation, is to sacrifice Kavanaugh like a lamb on an altar over an obsession with another man, President Donald Trump. He’s the real “bad boy” that women have that love-hate fantasy with as noted in that old 1970’s feminism text, Nancy Friday’s “My Secret Garden”. Entire genres of both pornographic scripting and victim archetype psychotherapy have evolved from that book.

Today, it seems that total Internet bandwidth utilization is split 50/50 between these two themes. Well, the social media acrimony half also shares its allocation with all the other mundane functions of the internet. All of it makes money from combinations of actual purchases, ad serves, or user data mining marketing intelligence. We are the product. Yeah that’s right, looking at the raw traffic data tells you a lot about America.

We are also the fuel that keeps this cycle of meanness going. The thing about the internet is that it’s a totally level playing field of democracy. Tumultuously fair. Everyone’s voice counts equally, albeit with amplifications that come from the gossipy effects of combinations of money and sex appeal. Anyone can Tweet. Anyone can make a snarky Facebook post. Anyone can generate a meme. These are all tracked, cataloged and sorted into data mining information for sale right along with your browser cookies of what you are looking at even if you think you are expunging them by the way. Regardless, the cumulative effect on the human brain as we “monkey up” trapped in our biological evolution to be creature of stimulus-response, is that we begin to believe that what appears on the LED screens is real. It’s not. The internet is just like TV, it’s a “boob tube”, pure entertainment for the mind. Something primates do while waiting for the meteor to hit.

To be sure, the big internet companies take this phenomenon very seriously. Not because they care about people’s mental health mind you. It’s because they know that every fad has a half-life and sooner or later, Facebook could become Prodigy and fade into oblivion. Like their television counterparts who are seeing the public’s interest decline because the noise saturation level of the medium has reached abandonment behavior levels, the internet giants are seeing their own credibility questioned more and more. There’s a big debate over what to do with the monopoly positions that companies like Google, Facebook and Twitter have achieve in the mindshare of adult America. I note “adult” with emphasis, the kids have their own places on the internet they use. The sites adults argue about are called “old people” watering holes. You ought to know this if you are reading this article that in internet dog years, you are an old fart.

The Internet debate rages from academia to government. The academics, mostly left leaning, who in the 1990’s argued vociferously for an open and unregulated internet free of influence from “the man” have, in the last couple of years, done a 180 degree about face. The last conference on this I attended in November 2017 called “After the Digital Tornado” http://digitaltornado.net/schedule/ was interesting in that eventually this same 1990’s academic brain trust used the same arguments of Heidegger, Kafka and Marx to argue for a conversion of the market-based Internet into a central government regulated utility internet. No really. You can use the same body of academic reference base to create any outcome posit you want. My considered strategic net assessment analyst reaction to the conference, with decades of heuristic and mathematical modeling under my belt? Groucho trumps Karl. Always has, always will.

Now government is getting involved. On Friday September 21st 2018, The White House released a document titled the “National Cyber Strategy of the United States of America”, https://www.whitehouse.gov/wp-content/uploads/2018/09/National-Cyber-Strategy.pdf It’s a 40 page document that parallels many of the recommendations from a book by Tim Maurer named “Cyber Mercenaries”. It’s a very well written, if deeply academic language laced, examination of cyber policies and strategies around the world that fairly describes the issues different countries face in dealing with cyberspace and the state and non-state actors within it. The US strategy statement elucidates our perspective and aspirations within this larger global playing field.

But there are dangers not noted in the latest White House document. Concepts of governance become moot when the baseline tech shifts back from central server to distributed infrastructure models. That’s coming. It’s called the Internet of Things (IOT). The “things” keep getting smarter to the point that they become mobile self-contained data centers, that’s what a self-driving vehicle is while it’s parked and plugged into an outlet. It’s R2D2. The lobbying of the monopoly companies to retain their market share is intense. But think about it, there’s no reason why social media needs to be a one stop portal. There’s no reason why Amazon should be the only company store that matters, that it should replace the post office, UPS and Fedex. One of the laments of the academics I do agree with is that the Internet used to have hundreds of them; that the Internet used to better fit the design of a competitive market space where on single company had greater than fifty percent market share. That is wasn’t a landscape of pseudo-utilities with unregulated staffs not subject to internal controls on behavioral norms. Economic interest wise, big companies and big governments like cozy rooms. That’s ultimately a bullshit reason for how to design the internet too. Posit in your head for a moment if social media was a society of 100,000 small servers, each governed by a sysop, the net would be self-neutral via natural counterbalancing. All these central control computer programs and intrusive data mining systems would either be superfluous or governed via a very different set of norms and expectations. My point here is, we are still in the stage of baby steps even if our egos try to tell us otherwise.

But the danger to the US in cyberspace is that our own domestic ineptitude, as seen in how our people are so vulnerable to the cancerous effects of “low information” viewer social media, are the seeds of our own destruction in the global race for dominance in cyber norms and behaviors. We presently do not hold the moral high ground of behavior. It means we are on a path to lose the cyber war asymmetrically. We will concentrate on infrastructural security raising barriers to entry to innovation even as the global technology base develops futures designed on completely different infrastructure models from the ones our bureaucracies know how to regulate. We will concentrate on managing down “bots” while at the same time artificial intelligence is making it that you cannot tell an internet robot from and actual human, and the robots actually will eventually serve you better as they evolve from toys into “droids”. What have not even begun to do is teach humans to separate fantasy from fact, to learn to live beyond being audiences of LED “boob tubes” willing to believe the shallowest of lies because it gives us a biological endorphin rush.

We have a long way to go.

Posted by Dennis Santiago at 8:23 PM