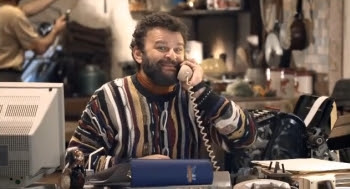 Russian relations with the Western nations of planet earth are in a tailspin. Scandal erupts over the use of a nerve agent to poison former KGB spy Sergei Skripal and his daughter Yulia in the United Kingdom. The incident ignited concerns of over core principles of international law concerning states failing to honor the sovereign rights of other nations. In global stability, this is a critical barrier between peace and war among nations whose inherent national interests often do not align. It is dangerous precedent, that if allowed to stand, could enable other nations or their actors to pursue perceived enemies with impunity anywhere, regardless of the laws of the nation where the target is located.

Western nations are reacting using an international response strategy sometimes referred to as DIME. It stands for Diplomacy, Intimidation, Militancy and Economic response. They operate as a quartet in managing global stability in cases. So far, the first two response silos have been activated. Intimidation, also known as exposure and shaming, has been acrimonious by the U.K. including Prime Minister Theresa May public calling out the Russian government in parliament. Diplomatically, Britain and the United States have expelled Russian diplomatic personnel, 23 for the U.K. and 60 by the U.S. The Russians, also practitioners of DIME, have so far only activated a diplomatic response by similarly expelling an equal number of diplomats. Overall, despite all the news coverage and posturing, a muted tit-for-tat at best.

For westerners who live in cultures where criticism and defiance of the state is considered a virtue of democratic debate, the appearance of the statecraft and governance of societies like Russia’s where the image and stability of the state stands above that of the citizenry is a bit of a head bender. But in places like Russia, the security of the state is paramount. Russia is a large and poor country. Seventy-five of the eighty-five districts of the Russian Federation are insolvent. Keeping things together constitutes a large portion of the work of the central government in Moscow. Execution of this effort in Russia is not democratic by any means. The central government works though oligarchies that create a semblance of economic stability; albeit, through a corruption prone system rivaling that of any third world ninety-nine percent of the wealth in one percent’s hands. To obtain the narrowest of tenuous hold, Russia sacrifices the quality of life of its people.

This generates one of the truly macabre path dependent technology revolutions on planet Earth. Russia is an amazingly intellectual society. Think of a place where community colleges can produce scientists and engineers rivaling the products of MIT, Georgia Tech and Cal Tech in the US. Back in the day, I used to joke with my friends in the stealth aircraft and electronic warfare specialties of the defense game that, as a net assessment risk and stability analyst, I always found it funny that most of the math equations they worked with were named after Russians, and the Reds did their calculations using pencils. They were not amused.

But Russia’s tiny $1.2 Trillion GDP economy cannot absorb all this brain talent into domestic industry. All that talent is poor and looking for something to do. Remember from earlier in this article that the Russian government’s main goal in life is to preserve the stability and image of the state. They are not dumb. They know they have a festering unemployed talent problem that they need to keep distracted while they figure out how to, somehow, centrally plan the growth of the Russian economy’s eighty-five federation districts, such is the way of socialists.

Thus, here comes the resurgence of the old concept of criminal privateering; the sanctioning of unscrupulous behaviors for gain. In technology that means looking the other way as the pauper technocrats engage in credit card fraud, computer hacking, and unethical datamining. In some cases, for personal profit; in other cases, for hire. The simple rule of the letter of mark for a privateer applies. You can do whatever you want as long as you don’t point your stick at Mother Russia; none of that western democracies questioning the state stuff. Indeed, Russia’s FSB has shown it remains stalwart in it’s viciousness against enemies of the state. Pretty sure the Skripals would agree. Today, you can buy any sort of meddle for hire from Russia’s technocrat class; and Moscow will quietly look away so long as you do not violate the social compact of aiming that meddle outside the castle keep.

Thoughts on the Mueller Investigation

And so we get to the alleged Russian meddling in the US 2016 election. By 2016, the Russian system of criminal privateering for hire had reached organizational maturity just in time to meet the demands of the gigantic multi-million dollar ($USD) budgets of intensely competitive presidential campaign motivated to stop at nothing to win. Russia’s pauper technocrats were looking at making five to fifteen times the amount of money a month than they’ve ever dreamed. Moscow correctly judged that it didn’t actually affect the domestic image or stability of the Russian Federation. Therefore, it was ok to look the other way as “Peggy” robots went to work for all sides in American politics resulting in social pandemonium and breakdown of decorum in America. For profit, not policy.

In the end, will the USA, indeed the world, learn the lesson that the reforms we really need are to place safeguards and ethics around our elections, and our economic, not to fall prey to sending checks to pauper technocrats who will use nonsensical memes to obscure the discussion of important issues; not because they are politically activist, but because it generates more click-thru rates and ad serves. We bought the meddling with our own money. It was never the Russian government’s responsibility to stop the hackers.
Posted by Dennis Santiago at 2:43 PM