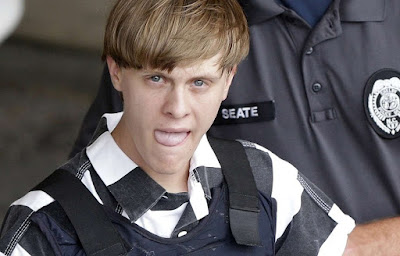 Reprint: Originally published on June 19, 2015 as a contributor blog on the Huffington Post. The article was in response to the shooting at Emanuel A.M.E. Church in South Carolina by Dylann Roof.


(June 2015) I’ve been watching a sad tale of prejudice and hate. It started years ago in a place called Columbine. Two misfits named Eric Harris and Dylan Klebold started the United States down a path that would destroy this country’s tolerance for what used to be called “boys will be boys.” In their aftermath, the police would radically change emergency response philosophy from negotiation to assault. The schools would expel anyone for even hinting they had a stray thought outside the boundaries of unforgivingly rigid political correctness. To want to “be your own man” would become a dirty thing, to aspire to it would make you an enemy of the state.
But “boys will be boys” and disenfranchised young men are real. The names that have followed since Columbine are too many. But they come in many forms. The poor ones with little hope for economic opportunity getting in trouble with the law so that for the rest of their lives every traffic ticket becomes a felony stop. They are the immigrant ones hated because they struggle through the confusion of being men without a country trying to make sense of the conflicting expectations of the cultures they came from and the one they are so unable to fit into. Their anguish is dismissed and labeled to be the evidence of suspected radicalized candidates for the TSA no-fly list. They are the mentally anguished ones whose brains are gifted by their creator to exist in a part of the spectrum the majority feels uncomfortable interacting with. We shunt them aside. We fill them with drugs and hope we’ve dulled them to the point that what drives them within never comes out. For every egregious case that makes it to the headlines, many others deal with the same societal rejection. What’s amazing with so much stacked against them is that somehow they cope; they make it to the other side. But why do we make them suffer so?
Whenever I think of it, I cannot help but ask how much of America’s future have we destroyed in this mean thing we do to our young men? If there’s one common character flaw in the United States, it’s that we seem to have no problem about torturing each other’s minds. It saddens me to witness in the Internet how many actually take pleasure in it. I’ve asked myself many times over the years if the price of condemning so many young men to being unwanted and unseen has been worth it. Has what we have been doing all these years just made the problem worse? We talk about being a tolerant and plural society and do things like this to our own.
I mean when you think about it, whenever something goes wrong, we’ve argued ourselves to a frenzy blaming each other’s values, composure, backgrounds, upbringing, religion, race, whatever. None of that really matters. It’s just us making ourselves selfishly feel better. We’ve never actually been brave enough to put our narcissism aside and admit we have done a disservice to these young men. In the end, we like them being invisible, faceless and inhuman. It makes it easier to tighten the screws when one of them slips up and justify our march towards making all of America an open prison for those who inconvenience our utopian bubbles.
So let’s admit one thing. At this point in time, we don’t have any intention to do anything about making the life paths of America’s young men better. There’s nothing in the collective national consciousness I’m hearing that says this is even remotely important. It should be.
More likely we are about to engage in another round of narcissistic self-indulgence. We’ll use this an excuse to beat each other up again pretending that gun control will make a difference to the core problem that we are still condemning all of our young men to a societal purgatory during the very point in their lives they can do the most good for our country. We’ll use it as an excuse to turn public schools into “safe spaces” so disconnected from reality that all of tomorrow’s youth will be unprepared to tackle the mess we are now making of things. We’ll pay lip service to mental health but won’t really change anything.
Can we do better? Yes of course. But it’s been a long time since Columbine and our track record of mediocrity speaks against us. Would it have changed anything on Wednesday? Possibly. If America were a climate where our politics was not about making animus laden statements to feel good at the expense of others would that have been enough to prevent the mental trigger from going off? Maybe. We’re never going to find out unless the rest of us change our behavior.
Parting Shot: If it bothers you that I’ve lumped the problems of all 50 shades of urban youth, immigrants of every faith and origin, and the problems of the troubled privilege class into the same dog pile of “young men” so be it. I see them all suffering equally from our collective neglect and reject the notion that treating one segment of them while ignoring the others is an equitable strategy for the United States.

Posted by Dennis Santiago at 10:22 AM