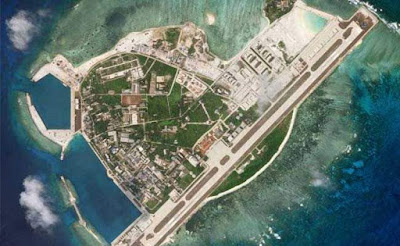 Grey Zone conflict is defined as the state of heightened tension that occurs at the junction between peace and war.  It brings disparate force elements into tension as dissimilar cultures and expectations clash both within the same teams and between conflicting sides across grey divides. Training to understand and exploit these human force structure components in scenario planning and execution are mission critical to prevailing in the end-game outcome. This article discusses issues and table top exercises operators can use at all levels of command and control to maximize human factor engagement probability metrics in their favor.

Question: What do you think are the biggest problems in Grey Zone operations and environment.

The main challenge in grey zone operations is the orchestration of the various pieces of military, economic and diplomatic components that constitute a much broader range of force elements that a campaign planner can utilize to execute policy and strategy objectives.

You are operating constantly in a state of asymmetric tactics often putting the narrow views of your own assets in conflict more than the adversary's.

As a note, a master of this art form at the present time is President Donald Trump who's approach to policy and strategy has shown he is willing to trade off force element utilization strategies with little regard to tradition.

It's an approach that works particularly well in the grey zone; something that traditional scenario analysts in many tradition bounded segments of U.S. government apparatus and the NGO community have been slow to embrace.

Note that posture, both threatening and supportive, are powerful force elements in grey zone operations. For instance, the positioning of assets within striking distance to create a deterrent can radically change an adversary’s calculus.

The force element does not have to be military.  It could be economic in the form of a treaty, material aid, actual financing, offers of guarantees, favorable trade terms, or sanctions.  It could be appealing to constituents particularly in cases when significant numbers of the adversary’s people

Even the mere creation of a solution to undermine an enemy's assumptions can be effective. In the 1980’s, we did this as part of the Strategic Defense Initiative (SDI) aka Star Wars. In 1984 I wrote a paper on the Imperfect Defense Theory of Strategic Missile Defense that challenged the ground rules and assumptions of conventional nuclear war planning models of both the United States and the Soviet Union. It was an example what could today be considered Grey Zone leverage using mathematics that eventually brought both the US and Soviet apparatus to a constructive negotiating table at Reykjavik, Iceland in 1986.

I leveraged it again in a series of articles on North Korea in 2017. The North Koreans made a major Grey Zone information blunder.  One of them said the word Guam. That was enough to set the analytics in motion and write, ”A US Missile Defense Architecture Solution Against a Rogue North Korean EMP Attack”,  http://www.pickingnits.com/2017/09/handling-it-us-missile-defense.html?m=1

There's lots of Grey Zone level of operations strategic maneuvering discussed in the articles I've written on www.pickingnits.com.  The topic is not new. I did a class on this for Air War College back in the 1990's.  Back then, Asymmetric Warfare was a very new concept emerging on the heels of the end of the Cold War and the fall of the Berlin Wall. The Twin Towers were still standing in New York City. The lessons about leverage just beginning to be studied then still apply, perhaps even more so today.

I pause for an important admonition. The mathematics of grey zone strategies are risky. It's based on something called "uncertainty theory". Within this math is something called post option degradation. It’s fancy talk for nothing goes as planned after the first shot.  Which is why, one of the key tenets of successful operations in a grey area is “don’t fire that first shot”. This is a critical thing to bear in mind if you are the strategy planner.  You need to reach the end game and win before chaos initiates.

Question: The issue with grey zone is that it is a very broad regime. We are trying to narrow focus on the biggest issue and how to approach it. Any thoughts?

It’s not as broad as people would think. Conflict management still follows the same long-term rules it always has. The operational metaphor of force and maneuver still applies. Like any chess game with feints, you create openings and trigger reactions on the opponent.

In Grey Operation, you are really using different chess pieces. For example, fishing rights or oil rights instead of air defense interdiction zones and fields of fire.  You think more openly about the forces you can deploy. It is highly useful to favor passive solutions to manipulate the target into going down the path you want while believing they did it of their own will.  Also become comfortable that combat elements are almost always supporting characters in the grand play of a grey war. The actual “boot on the ground” that wins the US’ physical victory should, if possible, not be military boot but a designer shoe. Truly stable outcomes are elegant.

Exercise 1: A good thing to focus on for a table exercise is "managing inter-agency rivalry risk". It's a huge factor in whether a grey strategy works or not. Intel, diplomatic, law enforcement and banking agencies tend not to play well with military. It causes more failures than anything in my experience.

Exercise 2: Another zen of the game exercise is a teamwork strategy design focused on "who is the leader what part of the op". How do you hand of leadership smoothly phase by phase? What is the responsibility of the leader when it's their turn? Leading a multi-element team means you must be able to step out of your own comfort zone and step into a frame of mind that values the entire team and the big picture mission while it's your turn to lead.

Quite honestly, most people mess these two things up.  And you have to train to be good at these things. It’s important.  Get it wrong and it means you will kill about 400,000 people over 10 years in whatever region you screw up.

Question:  What are the major challenges and opportunities for influencing the human terrain in warfare? Where are we relative to our adversaries and how can we learn from them?  Note that human terrain is now also known as human domain.

This is a big question with a complex answer on multiple levels of leadership, operational role and populace.  Human domain is an operating space like a jewel with many facets.  The ground rules and assumptions of one facet can be very different from the next.  For example, cyber hacking has a very different meaning depending on where you are in the world.

Tim Maurer’s book “Cyber Mercenaries” on the state, hackers and power details four very different approaches to cyberwarfare.  The US facet focuses on centralized power and the assumption all enemies are subversive to it.  The Russian/Eastern European facet emphasizes reaping opportunistic benefit from criminal or near-criminal activities aimed outwardly against the world while also punishing inward attempts crime extremely harshly.  The Chinese facet emphasizes the management of hyper-patriotic hacker communities.  And finally, there's an activist/NGO cyber hacking facet that focuses on disjoint political agendas that have little or no profit motive.

To give you an idea of US strategic myopia, the last Cyber Security policy statement published by the White House only dealt with one of these facets.  The remainder were ignored in the policy statement. This tells you that the US position on the logic and preparedness of our adversaries is too often to ignore or discount their relevance to our strategic planning.  This is a dangerous thing that is very exploitable by our adversaries.

The bottom line is gray operations are highly dependent on exploiting the asymmetric responses of humans to specifically triggering stimuli that are inserted into the scenario on purpose to exploit their weaknesses. It involves profiling both the strengths and weaknesses of your target and of your own assets because it is the interplay between the asymmetry of all components of the battle plan that matters.

Put more simply do you have to know where the vulnerable points are on their side and yours so that you can plan for success based on those realities. The most important thing to do that will cause your team to win the engagement is don't fall for your own bullshit. And that requires a great deal of training and maturity on the part of the leadership ethos of the team.

Exercise 3: The tabletop exercise for this is a series of self assessments of strengths and weaknesses of the individual members of a team. Simultaneously a second team should be doing the same. With that list of strengths and weaknesses by both sides, a third team then looks at how to exploit the two teams to create a desired scenario outcome. The scenario then played and observations made as to whether the assessments, strategies and reaction predictions were accurate. The tabletop exercise continues until each of the three teams has had a turn to be the scenario outcome designer. The debrief for each segment is for the three teams to honestly assess whether or not they got their self assessments correctly and how this scenario design team may have done things better.

The self-assessment elements include things like, cultural background, training and conditioning, susceptibility to triggering from friendly and hostile stimuli, impulsiveness, Things that contribute to understanding the profile of how a person will react under two scenarios. One, how they will react when they are calm. Two, how they will react when they are under stress. Specifically, how they will react under stress created by an external force deliberately attempting to trigger a perceived vulnerability. The training objective is to learn to not be triggered by such things.  It will make a difference in the outcome of missions in the real world.

Ultimately, all conflict is won or lost by who blinks first. Grey Zone operations are, most of all, about causing the other party to blink without having to shoot at each other.

While you are looking up references, see if the library where you are has a copy of the old book titled "Getting to Yes". The book was used by President Carter to negotiate a peace treaty between Israel and Egypt. Within that book is a powerful concept called a Best Alternative To a Negotiated Agreement (BATNA). It is a classic tool for ensuring have leverage if your primary strategy collapses; which is pretty much inevitable when it comes of high stress campaign scenarios. Most of the book is about diplomatic maneuvering. But, this concept of BATNA is an important one for anyone working the Grey Zone to have in their arsenal. It should be part of any team's mission planning process.

Posted by Dennis Santiago at 1:39 AM