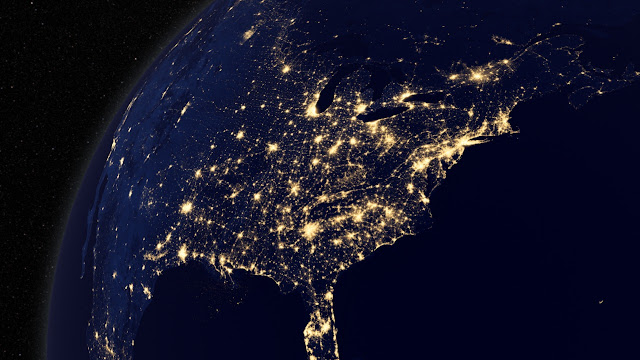 In my previous blog entry on this subject, “Understanding North Korea’s EMP Threat” (1), I did an overview of the risk of the North Korean threat to use an Electromagnetic Pulse (EMP) weapon against the United States. The magnitude of the EMP threat was reinforced in a FOXNews piece by Hollie McKay who interviewed other experts in the field in her piece, “Millions of American lives could be at stake as NorthKorea threatens to attack power grid” (2).

The original piece also discussed the means of delivery available to the North Koreans and touched on defensive measures that could be undertaken to mitigate the threat. This installment will focus on architectural options to shoot down a warhead on the way to its target.

Ballistic missile defense is a game of layers; originally, five layers. They are launch detection, boost phase, mid-course phase, re-entry phase and terminal phase. These concepts initially emerged in 1984 during the US Strategic Defense Initiative (SDI) program. The architecture and strategy for US missile defense was codified as the “Imperfect Theory of Strategic Missile Defense”. While any single force element has strengths and limitations, the orchestration of the instruments yields a credible deterrent posture. The warfighting strategy weaved a layered architecture together that created a credible shift in the calculus of nuclear warfare.

In the case of that era, it helped push the process of managing global stability from the brinkmanship of mutual assured destruction to another path that eventually diffused and ended the Cold War. SDI was one of several building blocks of the Reagan era that finally did succeed in ending that war without a shot being fired. This central lesson of why one architects a missile defense system is a matter of national security once again of importance in the present with respect to North Korea.

For present day people who thought this Star Wars stuff was ancient history, without diving too deep into the numbers, lets have a peek at the old bidding.

EMP Weapons: Not Your SIOP’s ICBM

Most nuclear warheads are designed to use kiloton to megaton blast and over pressure yields delivered very accurately, the term is center error probable; effectiveness is measured as Yield-CEP. Basically, they blow things up. These were the ICBM’s of the Cold War’s Single Integrated Operational Plan (SIOP); the force elements of the former Soviet Union’s Correlation of Forces calculus. They along with low yield tactical radiation enhanced warheads known as neutron bombs, need extremely accurate guidance systems to be effective. The North Koreans are nowhere near that precise in their ability to target weapons at ICBM distances.

EMP weapons are a different animal. They fry electrical equipment. EMP bursts are most effective when delivered using high altitude detonations. They do not require tight CEP accuracy. Somewhere over a target the size of a county or even a small state will suffice. Rudimentary missile guidance systems will suffice.

ICBM flight profiles at extreme distances such as between a North Korean launch and an Eastern US target are not optimal. The weapon would be approaching at very low angles of approach by the time it arrives at the target; and more importantly, would have to transit the entire continental US and be subject to intercept for a large portion of its flight path.

It would be far more efficient to use an orbital weapon or a fractional orbit weapon to detonate an EMP weapon at the most effective altitude over the target. Range is unlimited and height over target geometries are easily achieved. You fire them to the south instead of the north meaning they will approach the continental US from the south, a relatively undefended frontier as far as incoming nuclear weapons are concerned.

Previous experiments with orbital and sub-orbital weapons were done by the Soviet Union in the 1960’s. True orbiting weapons were since outlawed by international treaty; however, sub-orbital weapons that do not complete a full orbit are technically legal, even if they are considered highly destabilizing. These so-called Fractional Orbit Bombardment Systems (FOBS) are less accurate than normal ballistic missiles but this is not considered a detriment for an EMP burst which relies mostly on energizing electrical connections sufficiently to overload and destroy components. The ideal detonation altitude is a trade off between the energy density required to fry the target’s wiring and the size of the geographic footprint one desires to affect. FOBS typically fly at low earth orbit satellite altitudes and speeds, roughly between 100 and 1,000 miles altitude at speeds of between 14,000 and 17,000 miles per hour. Development of FOBS weapons was abandoned by agreement between the US and Soviet Union as part of the negotiations for the SALT II Treaty in 1979.

FOBS profile weapon delivery basically stays at mid-course profile of missile flight; maybe a final dip into the high-endo atmospheric range at the end prior to high altitude EMP burst detonation. delves into the world of anti-satellite (ASAT) weapons systems. The interception of objects in low earth orbit (LEO) is not an unknown weapons technology base in this world. The United States, Russia, China and India have all done experiments intercepting LEO’s in the past with varying degrees of success. Acrimony over such experiments in the past had more to do with a successful test creating unwanted debris in space. However, given that a rogue state like North Korea may attempt to use orbital space for attack, these past experiments now become all the more valuable.

The missile defense problem is exacerbated for a FOBS weapon because, unlike orbital interceptions, the defender must solve the firing solution on the zeroth orbit. This means precisely detecting, acquiring, tracking, intercepting, assessing, and — if you miss — reengaging … FAST.

The challenge for the United States is to be able to defend itself against a North Korean EMP missile attack. Let’s design something that will work.


The Net Effect is to Improve the Prospects for Global Stability

These architectural adjustments to the original SDI Imperfect Defense design increase the number of engagement encounters that an attacking ICBM must survive in order to reach a target in the United States on its zeroth orbit. Gaming the single shot probability of kill — Pk-ss — by compounding it as high as 30 intercept events en-route raises the cumulative probability that the US defense will prevail even using individually imperfect weapons. The mathematics should approach a confident degree of certainty. The main ground rule difference between this calculation and the one I did in 1984 is there were thousands of objects to deal with back then and only a few to deal with this time around. My present case net assessment? Doable.

More importantly, this approach uses force element components already available to the US Department of Defense. They can be strategically arranged to, as Secretary of Defense Mattis says, “handle the problem” regardless of which attack profile the North Koreans care to try. It means that if the North Koreans attack, the US actually does stand a good chance of defeating their attempt to place an EMP weapon into position to detonate over our homeland; that we’ll be unscathed.

This in turn generates new options to manage our response to a North Korean act of war. We can approach an attack maintaining a position of international leadership as a agent of the cause of global stability; a far better posture that retaliating as an enraged avenger of great national loss.

By being publicly credible that we are actively and forthrightly configuring our defenses to negate North Korea’s bluster, we will close off their irrational options and, in time, guide the North Koreans back to a path of interaction with the global community that is more productive.

I respectfully encourage the United States National Command Authority to consider these observations in the light of North Korea’s continued intransigence.

If a North Korean warhead in flight completes one orbit, it technically becomes a weapon in space that is banned by the Outer Space Treaty of 1967. The second it begins the next orbit, the US should be sending firing solution data to any other country that has an anti-satellite intercept capability to take shots at the thing as it begins to overfly their territories. We should insist that anyone we sell or give a missile defense system to agree to participate in a global shoot down after the zeroth orbit. Such an international cooperative agreement would send a powerful message to the North Koreans that the coalition against them will expand to the entire planet coming down on them roughly 90 minutes after they initiate such an act of war. That quite honestly, the North Koreans should be praying the United States succeeds in shooting their missile down.
About the Author
Dennis Santiago was the military operations research analyst responsible for originally authoring the theory paper on the “Imperfect Defense Theory of Strategic Missile Defense” that came to light during the 1984 US Strategic Defense Initiative Phase One Architecture Study. He also did work in the areas of US power projection, global stability and arms control policy. Since the the end of the Cold War, Mr. Santiago has concentrated his efforts on systemic risk analysis and solutions in the finance and banking sector.

2. “Millions of American lives could be at stake as NorthKorea threatens to attack power grid”, http://www.foxnews.com/world/2017/09/05/millions-american-lives-could-be-at-stake-as-north-korea-threatens-to-attack-power-grid.html, FOXNews, Hollie McKay

Posted by Dennis Santiago at 6:51 PM